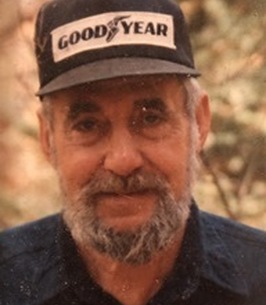 Share this tribute
Memorial Candles Lit for Ray | SEE ALL
Light a Candle
"We are honored to provide this Book of Memories to the family."
— Jarvis-Williams Funeral Home
Funeral Details Memory Wall Photos & Videos Send Flowers

He was a retired supervisor for the former Ormet Corporation, a U.S. Marine serving in WWII where he earned a Purple Heart, loved being with his family, hunting and raising Quarter Horses, member of New Martinsville Moose #931 and Mason Lodge No. 39 A.F. & A.M. He served many years on the Town & Country Days Board. Ray was a member of the Immanuel Baptist Church.

As a result of the wreck his son, Danny Ray Booher, Sr. and daughter, Patricia “Patty” Hawkins passed with him. In addition to his parents he was preceded in death by three sisters, Irene, Maxine and “Peach”; half-brother, Darryl; grandson, James Ray Booher; son-in-law, John C. Hawkins and companion, Suzanne Walton.

Private funeral services will be held at the convenience of the family. Honor Guard and Masonic Lodge will conduct graveside services. Burial will take place in Paden Memorial Garden in Paden City, WV.

To send flowers to the family of Ray Henry Booher, please visit our Heartfelt Sympathies Store.

We encourage you to share any memorable photos or stories about Ray. All tributes placed on and purchased through this memorial website will remain on in perpetuity for future generations.

RB
Our family extends our sympathy and love to this family during this period of grieving. May God comfort this family for their loss of this loved one.
Rodger L Burgess - Wednesday November 21, 2018 via Condolence Message
Share This:

DS
Ray was a wonderful man. The last time I saw him, a few years ago he was talking about how worried he was about what would happen to his grandson when he was no longer here to care for him. Always thinking of others. God Rest his soul. I pray for comfort and strength for all the families touched by this horrible tragedy and for my precious Aunt Anna Belle who has lost so much. I love you all and am so sorry that I am not there with you today. Please know that I am thinking of you constantly and love you more than you could ever know. Love, Debi
DEBRA K STACKPOLE - Tuesday November 20, 2018 via Condolence Message
Share This:

BM
so sorry for your loss
Betty Ann Mitchell-Thomas - Tuesday November 20, 2018 via Condolence Message
Share This:

Our prayers and deepest sympathy are with the family during this difficult time.
Charah - Monday November 19, 2018 via Heartfelt Sympathies
Share This:

E
Please accept my prayers and deepest sympathy for your loss.
Emily Jones - Sunday November 18, 2018 via Condolence Message
Share This:

CM
PRAYERS FOR ALL THE FAMILY. MAY YOU FIND PEACE IN THE LORD.
CATHY STOUT MORRIS - Sunday November 18, 2018 via Condolence Message
Share This:

DB
Will never forget all the times at the horse shows, we all made a lot of good memories. Spent a lot of times at your place growing up very sad.
Dwain Brown - Sunday November 18, 2018 via Condolence Message
Share This:

May your memories of Ray Henry Booher, give you peace, comfort and strength…

DM
My heart hurts so much. Ray knew my love of horses when I was a child growning up. Many times I was at his house in Porters Falls and he would let me ride his horses.

SA
So sorry for you loss, friend growing up, was close to family God bless and hold you tight.
Sally Anderson - Saturday November 17, 2018 via Condolence Message
Share This:
1
Page 1 of 1
Share
×

Thank you for sharing!

Provide comfort for the family by sending flowers.

Or use your email:

Share on Facebook
Send flowers to the family
Choose from beautiful standing, table and basket arrangements. Safe and secure online ordering.
View Flower Arrangements
What has already been purchased for the family?
Family Log-In

Connect with families at their time of loss. By subscribing to email updates, you will receive two daily updates containing all new stories, photos, candle lightings, condolences, and more.