To share your memory on the wall of Kristen Cross, sign in using one of the following options:

Kristen was a 2011 graduate of Magnolia High School and she loved to draw.

She was preceded in death by her grandmother, Julia Kelbaugh.

Friends received 3-7 p.m., Monday, March 25, 2019 at the Jarvis-Williams Funeral Home, 1224 S Bridge St., New Martinsville, WV where service will be held at 7 p.m. on Monday. Burial at the convenience of the family.

Family is asking for assistance with the funeral cost. Checks are to be made payable to Jarvis-Williams Funeral Home, 1224 S Bridge St., New Martinsville, WV 26155.
Read Less

To send flowers to the family or plant a tree in memory of Kristen M. Cross, please visit our Heartfelt Sympathies Store.

We encourage you to share your most beloved memories of Kristen here, so that the family and other loved ones can always see it. You can upload cherished photographs, or share your favorite stories, and can even comment on those shared by others.

Casey Lasure, Paul Goding, and other have sent flowers to the family of Kristen M. Cross.
Show you care by sending flowers 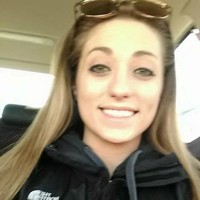