To share your memory on the wall of Susan Cosper, sign in using one of the following options:

She was a homemaker, enjoyed gardening, cooking, family get togethers and watching her family playing sports and a member of the Paden Fork Chapel Christian Church.

Friends received 4 – 6 p.m., Friday, March 29, 2019 at the Jarvis-Williams Funeral Home in Paden City, WV where services will be held at 6 p.m. with Dale Dudgeon officiating.

A special thank you to her aunt and uncle, Jack and Rose Marie Manley, for her care during her stay in Pittsburgh.

To send flowers to the family or plant a tree in memory of Susan Rebecca Cosper (Gregory), please visit our Heartfelt Sympathies Store.

We encourage you to share your most beloved memories of Susan here, so that the family and other loved ones can always see it. You can upload cherished photographs, or share your favorite stories, and can even comment on those shared by others.

Karen Miller, Brian Jones, and other have sent flowers to the family of Susan Rebecca Cosper (Gregory).
Show you care by sending flowers

Posted Mar 29, 2019 at 10:15pm
I was deeply saddened by the news of Susie's passing. I always enjoyed our visits when I would come back to PC! My heartfelt condolences to the Cosper and Gregory family!
Comment Share
Share via:
KM

Posted Mar 29, 2019 at 06:53am
My grandmother lived across the street from the Gregory family in Paden City. I spend a lot of time as a teenager at her house. Some of my fondest memories were hanging out with Susie and Joann. I am sure sorry for your loss.
Comment Share
Share via:
B

Posted Mar 29, 2019 at 06:51am
My grandmother lived across the street from the Gregory family in Paden City. I have lots of fond memories of spending my summers there and hanging out with Susie and Joann. I am sure sorry for your loss.
Comment Share
Share via:
BJ 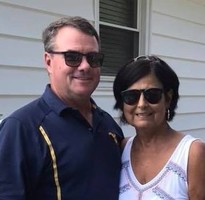 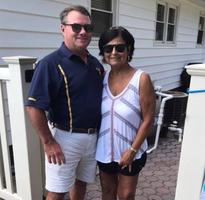 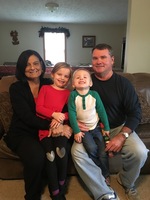 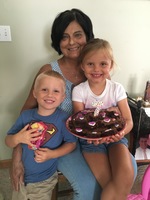