To share your memory on the wall of Wanda Williams, sign in using one of the following options:

She was a retired decaler for Corning Glass, later worked for five years at the former Colin-Anderson; loved children and was a member of the Antioch Christian Church.

In addition to her parents she was preceded in death by her husband, George F. Williams; son, George A. Williams; brother, James Comer and two sisters, Virginia Mooney and Phyllis McCutheon.

To send flowers to the family or plant a tree in memory of Wanda Jean Williams (Comer), please visit our Heartfelt Sympathies Store.

We encourage you to share your most beloved memories of Wanda here, so that the family and other loved ones can always see it. You can upload cherished photographs, or share your favorite stories, and can even comment on those shared by others.

Mara Boggs, Momentive Performance Materials Distribution Depar, and other have sent flowers to the family of Wanda Jean Williams (Comer).
Show you care by sending flowers

Posted May 25, 2019 at 09:43am
We are so sorry for your loss. Our thoughts and prayers are with all of Wanda’s family. She was a beautiful lady. Beverly & Mark Wilson
Comment Share
Share via:
MB

Posted May 24, 2019 at 02:21pm
Our thoughts and prayers are with you. From your coworkers and friends in Senator Manchin's office

Your Light Shines was purchased for the family of Wanda Williams. Send Flowers

Flowers were purchased for the family of Wanda Williams. Send Flowers 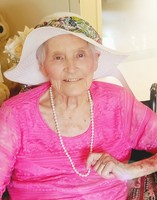