To share your memory on the wall of Eugene Howell, sign in using one of the following options:

Provide comfort for the family of Eugene Howell with a meaningful gesture of sympathy.

He was a retired crane operator for the former Ormet, he loved hunting, fishing and going to the Smokies and was a member of the Paden City Christian Church.

In addition to his parents, he was preceded in death by step-father, Ralph Judge and sister, Shirley Kincaid.

Friends received noon-6 p.m., Sunday, May 26, 2019 at the Jarvis-Williams Funeral Home in Paden City. Funeral service will be 11 a.m., Monday, May 27, 2019 at the Paden City Christian Church. Burial to follow in Paden Memorial Gardens.

We encourage you to share your most beloved memories of Eugene here, so that the family and other loved ones can always see it. You can upload cherished photographs, or share your favorite stories, and can even comment on those shared by others.

Dennis Kreher & Family and You're in our thoughts., Shannon, Jackie and The K have sent flowers to the family of Eugene Franklin "Gene" Howell.
Show you care by sending flowers

Guaranteed hand delivery by a local florist
B

You're in our thoughts., Shannon, Jackie and The K

You're in our thoughts., Shannon, Jackie and The K purchased flowers for the family of Eugene Howell. Send Flowers

Flowers were purchased for the family of Eugene Howell. Send Flowers 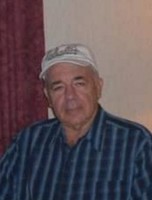