To share your memory on the wall of Mark Thompson, sign in using one of the following options:

Provide comfort for the family of Mark Thompson with a meaningful gesture of sympathy.

Print
Mark Thompson, 48, of Paden City, WV was taken from his family unexpectedly due to a stroke on Wednesday, June 12, 2019 while at his home.

Mark was born August 29, 1970 in New Martinsville, WV; son of Bonnie (Ron) Freeland of Paden City,... Read More
Mark Thompson, 48, of Paden City, WV was taken from his family unexpectedly due to a stroke on Wednesday, June 12, 2019 while at his home.

He had been a labor at the Paul Wissmach Glass in Paden City, a veteran having served in the Army, liked feeding animals and growing flowers and loved tinkering to see how things worked – with the hopes of putting them back together.

In addition to his father he was preceded in death by two nephews, “KC” Thompson, Jr. and Mason Kildow and various aunts and uncles.

Surviving in addition to his mother and dad are his sister, Tammy (Tom) Hubbard of Lancaster, OH; two brothers, Kevin Thompson of New Martinsville, WV and Brian Thompson of Paden City, WV and several nieces, nephews and cousins.

Friends received 4-6 p.m., Friday, June 14, 2019 at the Jarvis-Williams Funeral Home in Paden City, where services will be held 11 a.m., Saturday, June 15, 2019 with Brian Price officiating. Interment to be held at the convenience of the family.

We encourage you to share your most beloved memories of Mark here, so that the family and other loved ones can always see it. You can upload cherished photographs, or share your favorite stories, and can even comment on those shared by others.

Posted Jun 14, 2019 at 05:21am
May the love of God surround you and your family during this difficult time,
May you come to know that the love of God is with you always,

May your memories of Mark Thomas, give you peace, comfort and strength…

Posted Jun 13, 2019 at 09:09pm
My condolences to the Thompson family. I'm sorry to hear about the untimely loss of dear Mark. Some Bible scriptures that have helped me during times of loss include Isaiah 26:19 and Psalm 37:28,29 which states in part: "Your dead ones will live...They will rise up". And the Bible also says "The righteous themselves will possess the earth and they will forever reside upon it". Therefore the Bible promises that we may be reunited with our loved ones lost in death by means of an earthly resurrection. This is further confirmed by John 5:28,29 which says "Do not marvel at this, because the hour is coming in which all those in the memorial tombs will hear his voice and come out". This is possible thanks to Jesus Christ's ransom sacrifice. Thus we have a genuine hope of everlasting life in a world without wickedness or suffering.
Comment Share
Share via: 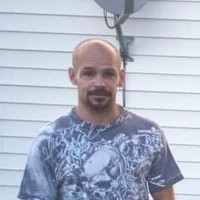