To share your memory on the wall of Susan Myers, sign in using one of the following options:

Provide comfort for the family of Susan Myers with a meaningful gesture of sympathy.

Print
Susan Myers, 83, of New Martinsville died August 15, 2019 at The Heritage in St Marys, WV where she lived.

She was born Susie Rosalie Henry on September 15, 1935 in Captina, WV. She was the youngest of 10 children born to George and Min... Read More
Susan Myers, 83, of New Martinsville died August 15, 2019 at The Heritage in St Marys, WV where she lived.

She was born Susie Rosalie Henry on September 15, 1935 in Captina, WV. She was the youngest of 10 children born to George and Mintie Grimes Henry. She married Boyd Myers of Reader, WV and moved to New Martinsville in 1954. She and her husband started, owned, and operated the Fat Boy Restaurant in New Martinsville for many years. Then in 1966, they opened AAA Mobile Homes and with their business partners, George and Irene Riel, they developed the company to include another sales lot and 3 Mobile Home Parks. The business evolved and expanded to become AAA Homes where she worked until she retired. Susan was a protestant by faith and a member of New Martinsville United Methodist Church.

She was preceded in death by her husband Boyd in November of 1986. Surviving are sons, Clifford (CJ) Myers and his wife Holly of New Martinsville, WV; Steven Myers and his wife Jane of Troy MI; Paul Myers of Maryland, and a daughter Karen Bradbury and her husband Mark of Goleta, CA. She had 5 grandchildren, Michael of Tampa, FL; Tyler of Morgantown, WV; Gillian and Jacquelyn of Troy MI; and Megan Bradbury of San Luis Obispo, CA.

There will be a private graveside ceremony at the convenience of the family with a memorial service to be planned at a later date. Memorial contributions to honor her life can be made to New Martinsville United Methodist Church, 10 Howard Jeffers Dr., New Martinsville, WV 26155. Many thanks to the residents, and staff of The Heritage for making the last 2 years of her life so enjoyable.
Read Less

To plant a memorial tree in honor of Susan Myers, please visit our Heartfelt Sympathies Store.

We encourage you to share your most beloved memories of Susan here, so that the family and other loved ones can always see it. You can upload cherished photographs, or share your favorite stories, and can even comment on those shared by others.


I am so so sorry for the loss of your Mother....she was such a special and lovely lady!! My heart and prayers are with you at this very sad time......please let me know if you need anything.....I wish I could be there to pay my respects.
Comment Share
Share via:
HS

Posted Aug 18, 2019 at 11:45am
Praying for you and your family and that God will lighten your hearts. Sincerely, Vonnie, Erica, Tony, Derek, and Nina

Flowers were purchased for the family of Susan Myers.

Posted Aug 16, 2019 at 10:42pm
CJ, Holly and family, We are so very sorry for your loss. Prayers for Gods comfort during this time. The Probst Family
Comment Share
Share via: 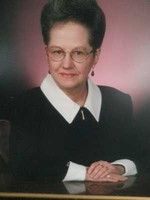