To share your memory on the wall of Larry Doty, sign in using one of the following options:

Provide comfort for the family of Larry Doty with a meaningful gesture of sympathy.

In addition to his parents, he was preceded in death by his son, Mark Doty.

Friends received 2-4 and 6-8 p.m., Saturday, September 7, 2019 at the Jarvis-Williams in Paden City where services will be held 2 p.m., Sunday, September 8, 2019 with Darrell Veyon officiating. Burial to follow in Northview Cemetery.

We encourage you to share your most beloved memories of Larry here, so that the family and other loved ones can always see it. You can upload cherished photographs, or share your favorite stories, and can even comment on those shared by others.

Posted Sep 05, 2019 at 09:12pm
Mrs. Doty and family,
I am so deeply sorry to hear of your loss. Larry was always a nice person. My grandmother lived on Ninth Ave. when I was growing up in Paden City so we knew the Doty family well. They were always hard working people and very kind. I was a member of the class of 1971 so I remember Mrs. Sandra Casto Doty as my Senior Homeroom Advisor and my 10th grade English teacher. My parents always appreciated Larry for the hard work that he put in to serving the community as a volunteer fireman. Prayers of peace for all of you at this difficult time.

Posted Sep 05, 2019 at 10:15am
Meghann, sending you comfort on this day. You and your family are in my thoughts and prayers.

Flowers were purchased for the family of Larry Doty.

Posted Sep 05, 2019 at 08:41am
Sympathy to Larry’s family and friends. I worked with Larry at Conalco/Ormet. He was excellent. Always friendly and cheerful to everyone. The world was a better place because of him.
Comment Share
Share via: 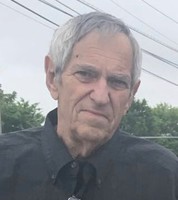