To share your memory on the wall of Eva Loy, sign in using one of the following options:

In addition to her parents, she was preceded in death by a daughter, Donna Regoli.

To send flowers to the family or plant a tree in memory of Eva Rose Loy, please visit our Heartfelt Sympathies Store.

We encourage you to share your most beloved memories of Eva here, so that the family and other loved ones can always see it. You can upload cherished photographs, or share your favorite stories, and can even comment on those shared by others.

Jim, Lori, Jenny and Jimmy Hull, Jason & Julie Hamborsky, and other have sent flowers to the family of Eva Rose Loy.
Show you care by sending flowers

Posted Sep 23, 2019 at 07:34pm
To Irene and your Dad, prayers for you both of you and so sorry for your loss. I will cherish all our memories and times we shared from childhood and through out the years. I remember so many special times with your Mom ! And I always admired your parents for reading the Bible in the evening! Oh and how many times she’d cook for us to see who could eat the most. And loved her Christmas candy, and how hard she worked I can remember even silly things such as grocery day. I remember the sewing room. Theirs so many memories I could go on about , but I wanted to let you both know your family was such a special part of my life that I’ll cherish forever. Your Mom was so special to me. Love Diana ❤️❤️
Comment Share
Share via:
JH

Posted Sep 23, 2019 at 05:27pm
Ken, Irene and family. Our thoughts and prayers are with all of you during this difficult time. Prayers and Blessings for you and your family.

Posted Sep 23, 2019 at 03:58pm
You and your family are in our thoughts and prayers. Love, Jason and Julie Hamborsky 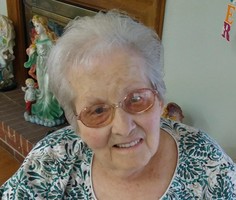 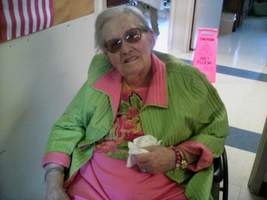 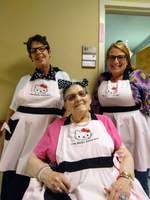 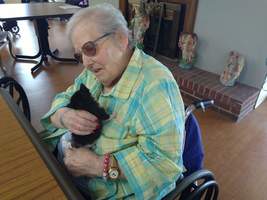