To share your memory on the wall of Ricky Lewis, sign in using one of the following options:

Print
Ricky Lee Lewis, 62, of New Martinsville, WV died Sunday, September 22, 2019 at his home while surrounded by his family.

Before his illness he was a landscaper with Doolin Landscaping, he loved fishing, gardening and tinkering with mechanical things and past member of New Martinsville Fire Department.

In addition to his parents, he was preceded in death by four sisters, Debbie Lewis, Linda Lewis, Lucy Christen and Sheila Adams.

To send flowers to the family or plant a tree in memory of Ricky Lee Lewis, please visit our Heartfelt Sympathies Store.

We encourage you to share your most beloved memories of Ricky here, so that the family and other loved ones can always see it. You can upload cherished photographs, or share your favorite stories, and can even comment on those shared by others.

Posted Sep 25, 2019 at 09:30am
I don’t know what to say. The house won’t be the same without you. I love you old man even though you could be so grumpy it wasn’t even funny. I’m gonna miss riding with you and hearing the stories of all the landscaping you did and what was here and there. See ya at some point.
Comment Share
Share via:
JH

Posted Sep 24, 2019 at 05:52am
If we started to share our memories with you we could write a book. Although you have gone home to heaven and are finally free of pain and sorrow, we as selfish people wish you were still here with us. We still look for you on mom's rocker on the porch, the garage is missing one of its "wrecking crew". Yard sale season will never be the same. We will never be the same. Just know how much you were loved and how much we will miss you. I just can't do the rest in peace thing with you because I am sure you are already busy working on the landscaping in heaven. You've been waiting a long time to get back to work. Remember to save us a good fishing spot. Till we see you again we'll be missing you.
Comment Share
Share via:

Posted Sep 23, 2019 at 12:29pm
Just wanted to say that Rick was always there when needed. He helped Roger rescue me more times than I remember. I can not say enough about this family. They may not have been biological family but they definitely are friends that became family. They have been born in our heart. We love them and we will miss Rick. May they find comfort in the Lord.
Comment Share
Share via:

Posted Sep 22, 2019 at 07:54pm
Ill never forget you. All those years of picking and poking fun of you as you always did me. Roller Rinks and fairs and fire department times. Forever you will be Marsha and I Jan. Prayers and thoughts with family.

Posted Sep 22, 2019 at 07:42pm
So very sorry if Ricks passing, prayers for comfort and peace to you all. I really liked Rick, he will be missed by many, including myself, he was a good, but who helped people when he could, he wired my streetlight up for me, so when I see it lite, I will think of you Rick, RIP buddy till we meet again.
Comment Share
Share via: 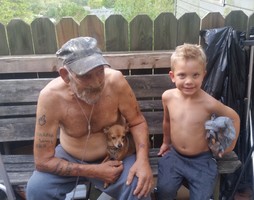 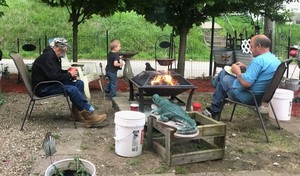 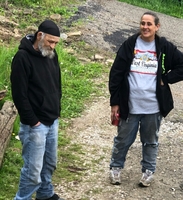