To share your memory on the wall of William Lallathin, sign in using one of the following options:

He had been a correctional officer for the WV Penitentiary, loved hunting and fishing and member of the Paden City Church of God.

In addition to his parents, he was preceded in death by his grandparents who raised him John and Jean Dailey and a sister, Melissa Wells.

Friends received 2-4 and 6-8 p.m., Wednesday, October 23, 2019 at the Jarvis-Williams Funeral Home in Paden City, where services will be held 11 a.m., Thursday, October 24, 2019 with Rev. Adrain Cowgill officiating and burial to follow in Paden Memorial Gardens in Paden City.

To send flowers to the family or plant a tree in memory of William Henry Lallathin, please visit our Heartfelt Sympathies Store.

Tammy sent flowers to the family of William Henry Lallathin.
Show you care by sending flowers

Posted Oct 22, 2019 at 04:26pm
Billy, Bridgett and families,
We are very sorry to hear about your dad’s passing. Our thoughts and prayers are with you.

Posted Oct 22, 2019 at 04:14am
You were an amazing father, friend, and person.Contrary to your belief, you were not an amazing singer. LOL I am grateful to call you father! We may not be able to hold you in our arms. but we will forever hold you in our hearts! The kids and I missed the tradition of you stealing the best candy out of the trick-or-treat bags after the haunted trail. I know Bella Jane really misses you and surely missed you making a big deal out of her costume. I will miss everything about you, but I will miss our banter, jokes, and talks the most. You had the best sense of humor. Thank you for influencing mine. I love you so very much, more than words can express. We all do. I hope you know how truly loved you are. I love you, Dad.
Comment Share
Share via:
T

Posted Oct 21, 2019 at 11:41pm
With profound love and gratitude from your children and grandchildren 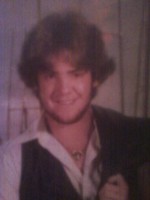 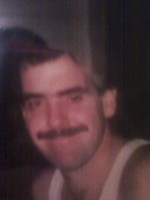