To share your memory on the wall of Janet Tuttle, sign in using one of the following options:

Provide comfort for the family of Janet Tuttle with a meaningful gesture of sympathy.

She graduated from Wheeling High School in 1954 and was the class valedictorian. She attended nursing school at Ohio Valley General Hospital from 1954 to 1957.

She was a retired registered nurse who was employed by Wetzel County Hospital from 1958 to 1991. She worked in supervisory positions, as the director of nursing, and later performed administrative duties such as infection control and utilization review. She also served as the director of volunteers. In 1994, she was recognized with a Commitment to Excellence in Nursing. In 1974, she served as a delegate to the American Nurses Association.

She was a member of St. Vincent de Paul Catholic Church in New Martinsville and a member of the Little Flower Society.

Janet was also preceded in death by her husband of fifty years, Robert Lee Tuttle; her stepmother Yolanda (Carpino) Steinman, and her sister Meredith (Steinman) Ingraham, who died on Wednesday, October 30, 2019.

We encourage you to share your most beloved memories of Janet here, so that the family and other loved ones can always see it. You can upload cherished photographs, or share your favorite stories, and can even comment on those shared by others.

Posted Nov 06, 2019 at 08:13am
Dear Tim and family: So sorry to hear of your mother's passing. Please remember the good memories and try to laugh often!! Much love to you all!! Jeff Herrick
Comment Share
Share via:

Posted Nov 06, 2019 at 07:07am
Dear Debbie, Tim and Jim, I am so very sorry to hear your beloved Mom has passed. May God comfort and keep you. You know there has been an awesome reunion in Heaven! Love, Diane
Comment Share
Share via:
LO

Posted Nov 04, 2019 at 10:30am
Janet was a wonderful person. I graduated in 1981 and Janet was one of the older nurses who helped us. She believed in building you up not putting you down. It was a pleasure and honortho have her as a mentor through the years i worked with her.
Pamela Newman
Comment Share
Share via: 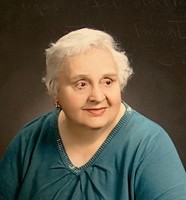