To share your memory on the wall of Roy Raudabaugh, sign in using one of the following options:

Provide comfort for the family of Roy Raudabaugh with a meaningful gesture of sympathy.

He was a retired maintenance worker, a U.S. Army veteran serving during Vietnam, loved his family, chewing tobacco and antique engines.

In addition to his parents, he was preceded in death by two children, Tony Eugene and Lee Roy Raudabaugh and two brothers, Frances Edward and Pat Raudabaugh.

We encourage you to share your most beloved memories of Roy here, so that the family and other loved ones can always see it. You can upload cherished photographs, or share your favorite stories, and can even comment on those shared by others.

Posted Dec 04, 2019 at 08:57am
Our thoughts and prayers go out to Nancy and the whole family. Roy and my dad shared a room at the Manor in Van Wert and I always enjoyed speaking with Roy. A kind man with a good spirit, my dad thought the world of Roy. Rest assured they're both catching up and sharing some old times! Feel blessed and know he was a good man. Rick Kreischer
Comment Share
Share via:
CM

Posted Dec 04, 2019 at 05:22am
May the love of God surround you and your family during this difficult time,
May you come to know that the love of God is with you always,

May your memories of Roy Edward Raudabaugh, Jr., give you peace, comfort and strength… 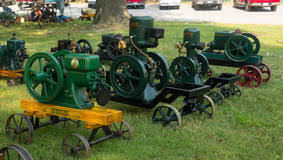