To share your memory on the wall of Frank "Bunny" Kendall, sign in using one of the following options:

In addition to his parents, he was preceded in death by three sisters, Verle Boone, June Poling and Tessa Elliott and three brothers, Hammond “Pell” Kendall, Pat “Hatzell” Kendall and Virgil “Budge” Kendall.

Surviving are his wife of sixty-three years, Patricia (Richards) Kendall and several nieces, nephews and cousins.

Friends received 10 a.m. until time of service at noon on Saturday, January 11, 2020 at the Jarvis-Williams Funeral Home, 1224 S Bridge St., New Martinsville, burial to follow in the Nobe Cemetery near Grantsville, WV.

We encourage you to share your most beloved memories of Frank "Bunny" here, so that the family and other loved ones can always see it. You can upload cherished photographs, or share your favorite stories, and can even comment on those shared by others.

Posted Dec 30, 2019 at 06:18pm
Pat & family I'm so sorry for your loss my prayers for u & your family. May God be with you during this difficult time
Comment Share
Share via:
BP

Posted Dec 26, 2019 at 10:31am
Frank would always stop and chat with me when we ran into each other at PPG,he was a hard worker and a good man.
Comment Share
Share via:
CM

Posted Dec 26, 2019 at 04:18am
May the love of God surround you and your family during this difficult time,
May you come to know that the love of God is with you always,

May your memories of Frank Donald Kendall, give you peace, comfort and strength…

Posted Dec 25, 2019 at 05:12pm
Patty, so sorry to hear of this loss.. Take solace in the fact that Frank flies with the angels. Love and thinking of you and yours,
Curt Lindner
Comment Share
Share via: 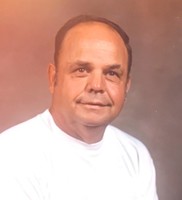