To share your memory on the wall of Anna Blake, sign in using one of the following options:

In addition to her parents, she was preceded in death by her four sisters, Debbie Lewis, Linda Lewis, Lucy Christen and Shelia Adams and one brother, Ricky Lee Lewis.

We encourage you to share your most beloved memories of Anna here, so that the family and other loved ones can always see it. You can upload cherished photographs, or share your favorite stories, and can even comment on those shared by others.

Posted Jan 02, 2020 at 07:13pm
You were barely 12 years old when you became my sister-in-law. So adorable and a little shy. You became my friend and my we dropped the in-law off of sister. I have always loved you and been proud of you. I remember the smile on your face when I came to see you at the hospital when you had your youngest child and you told me you had given her the name I picked up. That was such an honor. I am so happy you called me on New Years Eve. I have always loved you and always will. Until you come to walk me home to heaven I’ll be missing you.
Comment Share
Share via:
MH

Posted Jan 02, 2020 at 06:24pm
I dearly loved Anna, what a wonderful soul she had, a little ornery though, but so giving and kind. She will be missed by many people, praying for the family, for comfort and peace. RIP dear friend. We will meet again some day. 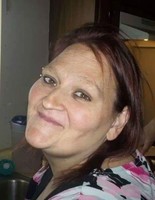