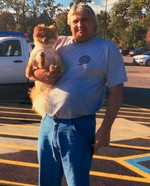 Robert “Bob” John Pyles, 62, of New Martinsville, WV died as the result of a house fire on Saturday, January 11, 2020 with his canine friend, Po Po.

He was a retired laborer for West Lake, enjoyed fishing and loved riding his Harley.

Burial to be held at the convenience of the family.