To share your memory on the wall of Lorin \"Lou\" Ebert, sign in using one of the following options:

He was a retired maintenance worker for the former Ormet Corp., a veteran U.S. Army at the end of WWII, enjoyed camping, amusement parks, flea markets, country music and baseball and he was a Protestant by faith.

To send flowers to the family or plant a tree in memory of Lorin "Lou" Jerome Ebert, please visit our Heartfelt Sympathies Store.

We encourage you to share your most beloved memories of Lorin "Lou" here, so that the family and other loved ones can always see it. You can upload cherished photographs, or share your favorite stories, and can even comment on those shared by others.

Posted Jan 29, 2020 at 06:22am
May the love of God surround you and your family during this difficult time,
May you come to know that the love of God is with you always,

May your memories of Lorin Jerome Ebert, give you peace, comfort and strength… 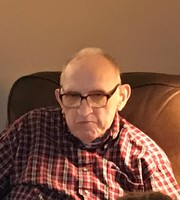