To share your memory on the wall of Emory Johnson, sign in using one of the following options:

Emory was born August 27, 1937 in Calhoun County in WV; son of the late Willard and Opal (Harris) Johnson.
Emory Arnold Johnson, 82, of Paden City, WV passed on Sunday, April 12, 2020 while at Sistersville Center in Sistersville, WV.

Emory was born August 27, 1937 in Calhoun County in WV; son of the late Willard and Opal (Harris) Johnson.

He was a retired Superintendent for Pennzoil Company with thirty-four years of service, served in the U.S. Army Reserves for eight years, worked for the Stump Funeral Home, loved his grandchildren, hunting and fishing. He was a member of the Knotts Memorial Methodist Church where he had served on the Board of Trustees.

In addition to his parents, he was preceded in death by nine brothers and sisters.

At Emory’s request there will be no services. Arrangements entrusted to the Jarvis-Williams Funeral Home in Paden City.

A special thank you to his niece, Luinna Sherwood for all of her loving care over the last few months.

Memorial contributions may be made in honor of his granddaughter, Reagan Emory Cupp, to Systemic J.I.A. Foundation, 3584 Autlook Ave., Cincinnati, OH 45208.
Read Less

There are no events scheduled. You can still show your support by sending flowers directly to the family, or planting a memorial tree in memory of Emory Arnold Johnson.
Plant a Tree

We encourage you to share your most beloved memories of Emory here, so that the family and other loved ones can always see it. You can upload cherished photographs, or share your favorite stories, and can even comment on those shared by others.

Posted Apr 14, 2020 at 09:33pm
My sincere condolences to the entire Johnson family! I knew Emory ever since I was a small boy and, through the years, always enjoyed talking, and kidding around, with him! Emory had a wonderful sense of humor and I always liked to hear his booming laugh and see a big smile on his face. He will be missed by all those who knew a great man!
Comment Share
Share via:
CM

Posted Apr 14, 2020 at 04:51am
May the love of God surround you and your family during this difficult time,
May you come to know that the love of God is with you always,

May your memories of Emory Arnold Johnson, give you peace, comfort and strength…

Posted Apr 13, 2020 at 11:52pm
Saundra and family
I just learned of Emory’s passing. Sorry to hear about these things but being apart so long does not destroy the good times we shared back in Calhoun county. May the Lord continue to bless each of you.
Comment Share
Share via:
SM 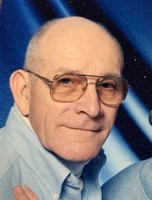