To share your memory on the wall of William Chapman, sign in using one of the following options:

Provide comfort for the family of William Chapman with a meaningful gesture of sympathy.

He was a retired la... Read More
William J Chapman, 86, of New Martinsville, WV died Saturday, May 16, 2020 while at Wheeling Medical Park.

He was a retired laborer for the former Ormet Corp., a U.S. Army veteran serving during the Korean War, enjoyed watching his grandchildren play sports and was a member and former minister for the Faith Temple Church for thirty years.

In addition to his parents, he was preceded in death by his wife, Jacque (Norwood) Chapman and several siblings.

Private services will be held at the convenience of the family. Burial in Northview Cemetery in New Martinsville, WV.

To send flowers to the family or plant a tree in memory of William Joseph Chapman, please visit our Heartfelt Sympathies Store.

Posted May 25, 2020 at 06:48pm
Brother Bill was a great man and brother in Christ, he will be greatly missed but think how happy he is to be with Jesus and Jackie loved him he made a big difference in my life, will never forget him, prayers for the family love all of you.
Comment Share
Share via:
CM

Posted May 23, 2020 at 03:53am
May the love of God surround you and your family during this difficult time,
May you come to know that the love of God is with you always,

May your memories of William Joseph Chapman, give you peace, comfort and strength…

Posted May 22, 2020 at 06:50pm
Dear Steve, Tim, Dave, and Madden. We were so sorry to hear of your dads passing. I know you remember as well as I do all the days riding motorcycles. Your dad helped us work on them and rode with us. I remember all of us playing ball at Albert St. Stadium. I remember your dad being very nice to all of us. I saw him at Bob Evans last year and talked with him for a few minutes. He was just like he was when we were kids. We are thinking of you at this tough time. We have lost another good one.
Comment Share
Share via:
DA

Posted May 22, 2020 at 05:11pm
A wonderful man of God, I am sure he is with our Heavenly Father experiencing great joy! I have so many warm memories of church services and he baptized me, he was such a good man! My deepest sympathies to the Chapman family.
Comment Share
Share via: 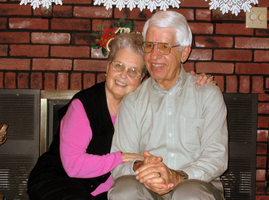 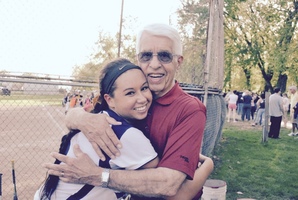