To share your memory on the wall of Mark Fox, sign in using one of the following options:

Mark was a Protestant and lived his Christian faith by his love and actions rather than words. A dedicated family man, Mark enjoyed spending time with his daughters, watching Wizard of Oz, Princess Diaries, Lady and the Tramp, and many other movies countless times. Working at concession stands and chaperoning at band camp were not just duties he felt compelled to help with, but they were as enriching and fun for him as they were for the kids he served. He was a former millwright at the Ormet Rolling Mill and at the time of his diagnosis he was working for Dominion Energy. Mark was a social butterfly who always ran into someone to talk to wherever he went. In the 70s, he became dedicated to physical fitness, and became an avid weight-lifter. Prior to Mark’s diagnosis with ALS, he was a picture of health and physical fitness. After his ALS diagnosis in late 2016, he continued going to the gym and giving it his all. In the summer of 2017, during the last family vacation in Florida, he and his daughter went to a nearby gym every morning. Mark was a former EMS volunteer for 7 years with the Paden City Ambulance squad. He was a history buff and a walking dictionary who could recall dates of wars, numbers of casualties, locations, and numerous other facts. He loved his country and never took for granted the sacrifices of those who served in the military.

As his daughters were growing up, Mark’s family became involved in the community theater. The whole family will always remember performing in ‘Oklahoma’ together and meeting new life-long friends though the theater.

Working in the yard, trimming hedges, mowing, weed-eating, and burning brush were some of the best times of Mark’s life. He enjoyed working outside, and he was like Tim-The-Toolman when he got hold of a set of hedge trimmers. His endless war against the Chinese Elm Hedges knew no bounds. He could send a weed eater through the air like a javelin when it would not cooperate. Eventually, his weed-eater would enter into submission and comply with his requests. “Unreal, unbelievable!!” were words that always preceded his frustration with small engine problems and other irritations. There was no end to the brush he cut down and burned and he became known as the neighborhood pyromaniac.

A champion at word games, family and friends never ceased to be amazed when they challenged a word he used and verified through Webster’s dictionary that it indeed was a valid word and carried the meaning he claimed. Many hours were spent working crossword puzzles and learning these words and meanings, and once inside his head, they were trapped there for eternity.

Mark touched many lives and will be remembered as a loyal and loving husband, a dedicated father and father-in-law, a loving son and brother, and a great friend. During his fight with ALS, ‘Never Let Up’ became his mantra. And he never did let up. He pushed beyond what would have been expected of him.

Mark was preceded in death by his mother Patricia Edgar Fox, his paternal grandparents Chester and Bernice Fox, and his maternal grandparents Bert and Mary Edgar. He is survived by his wife Robin, his daughter Casie and her husband John Moore, his daughter Carly and her soon-to-be-husband Adam Rothlisberger, his father Fred Fox and his wife Judy, a sister Lori Spencer and her husband Archie, a brother Bryan and his wife Natalie of Clarksburg, nieces and nephews.

The family wants to thank his wonderful caregivers who took care of him before the pandemic, Debbie Phillips and Krysta Moore. Some special nurses from Wetzel County Home Health who touched his life are Cindy Culley, Terri Cooper, and Kathy Glover. They are true heroes. Friends Shirley and Pat Lancaster, neighbor Toni Glover, his uncle Neal Fox, Mike Beegle, Dick Stender and Patty Potts, Earl Snider, Mike Fox, and Jeff Gieseke were regular visitors throughout Mark’s journey and their kindness will never be forgotten.

Friends are invited to gather for a graveside service 2 p.m., Monday, June 15, 2020 at Paden Memorial Gardens in Paden City, WV.

To send flowers to the family or plant a tree in memory of Mark Stephen Fox, please visit our Heartfelt Sympathies Store.

We encourage you to share your most beloved memories of Mark here, so that the family and other loved ones can always see it. You can upload cherished photographs, or share your favorite stories, and can even comment on those shared by others.

Posted Jun 15, 2020 at 10:18am
We were so sorry to hear of Mark's passing. We send love and prayers today and in the days to come to the multitude of family and friends who gather to remember such a great person. May God strengthen you and grant you His comfort and peace that passes all understanding.
Comment Share
Share via:

Posted Jun 15, 2020 at 06:47am
Robin and family, so very sorry for your loss. May God Bless you and give you strength now and in the days ahead. Mark was a wonderful person, and I know he will be missed by so many people. Judy Probst and family
Comment Share
Share via:
T

Posted Jun 14, 2020 at 07:52pm
May Gods love and healing be with you in this time of sorrow. You And Mark are in our prayers now and always. 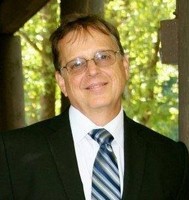