To share your memory on the wall of Sean Grimm, sign in using one of the following options:

He enjoyed working at industrial painting jobs, loved animals and he used to volunteer at the Wetzel County Animal Shelter.

Friends received noon until time of memorial service at 1 p.m., Saturday, June 20, 2020 at the Jarvis-Williams Funeral Home, 1224 S Bridge St., New Martinsville, WV. Private interment to be held at the convenience of the family in Greenlawn Memorial Park in New Martinsville.

To send flowers to the family or plant a tree in memory of Sean David Grimm, please visit our Heartfelt Sympathies Store.

We encourage you to share your most beloved memories of Sean here, so that the family and other loved ones can always see it. You can upload cherished photographs, or share your favorite stories, and can even comment on those shared by others.

Posted Jun 21, 2020 at 10:03am
I'm so sorry to hear of Sean's passing. We hadn't spoken in years, but he had a profound impact on me. He never knew a stranger and brought a smile to everyone he was around. Praying for comfort for you all.
Comment Share
Share via:
HS

Medium Dish Garden was purchased for the family of Sean Grimm. Send Flowers

Posted Jun 17, 2020 at 02:09pm
Traci and family: I am so very sorry to hear of the passing of your son. It is so true: "No parent should ever have to bury their child". May the good memories of Sean give you comfort and happiness in this difficult time. Prayers for you all.
Comment Share
Share via: 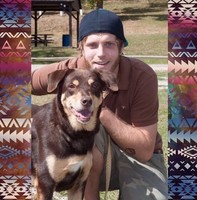