To share your memory on the wall of Brian Hutchinson, sign in using one of the following options:

Brian was born April 1, 1972 in Aberdeen, MD; son of Evelyn Dale (Stancill) Gross and her husband Bill of Aberdeen, MD and the late James Paul Hutchinson.

He was an electrician for Action Electric, loved hunting, fishing, playing pool, bowling and shooting archery. He was attended Bethel Baptist Church in Bellaire, MD.

In addition to his father, he was preceded in death by his aunt, Judith L. Stancill; maternal grandparents, Raymond and Melba Stancill.

At Brian’s request there will be no services.
Read Less

There are no events scheduled. You can still show your support by sending flowers directly to the family, or planting a memorial tree in memory of Brian Paul Hutchinson.
Plant a Tree

We encourage you to share your most beloved memories of Brian here, so that the family and other loved ones can always see it. You can upload cherished photographs, or share your favorite stories, and can even comment on those shared by others.

Posted Oct 27, 2020 at 03:13pm
Action Electric and the Moretz family wishes to express our condolences for Brian's friends and loved ones. He was a good person and co-worker. He will be missed.
Comment Share
Share via: 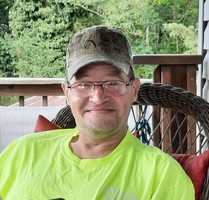