To share your memory on the wall of Lena Smith, sign in using one of the following options:

She was... Read More
Lena M. Smith, 90, of New Martinsville, WV died Wednesday, November 18, 2020 while at Continuous Care in Wheeling.

She was a homemaker and a member of Holy Rosary Mission in Sistersville, WV.

At Lena’s request, private services will be held at the convenience of the family with a memorial Mass to be announced at a later time.

To send flowers to the family or plant a tree in memory of Lena Mae Smith, please visit our Heartfelt Sympathies Store.

We encourage you to share your most beloved memories of Lena here, so that the family and other loved ones can always see it. You can upload cherished photographs, or share your favorite stories, and can even comment on those shared by others.

Posted Nov 19, 2020 at 06:31pm
To Mike, Dave, and family: So sorry to hear of your loss. We are now and will continue to lift the family up in prayer. In Christian Love,
Curt Lindner & Sara Stackhouse
Comment Share
Share via:

Posted Nov 19, 2020 at 12:35pm
Sending love and prayers to Lena's family. She was a wonderful neighbor and friend. Missed very much 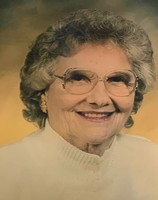