To share your memory on the wall of Robert Cross, sign in using one of the following options:

He was a retired chemical operator for Bayer, a U.S. Army veteran, loved his grandchildren and old cars and was a member of the Bridge Street Church of Christ.

In addition to his parents, he was preceded in death by his wife Mary Jo (Anderson) Cross (March 2020).

At Lee’s request private services will be held at the convenience of the family. Arrangements entrusted to Jarvis-Williams Funeral Home in Paden City.

Memorial contributions may be made, in Lee’s name, to either the Bridge Street Church of Christ, PO Box 292, New Martinsville, WV 26155 or charity of donor’s choice.
Read Less

There are no events scheduled. You can still show your support by sending flowers directly to the family, or planting a memorial tree in memory of Robert Lee "Lee" Cross.
Plant a Tree

Posted Nov 30, 2020 at 04:25pm
For a very special man. We always enjoyed hearing him say "amen Jerry" after Sunday morning services. With our love, Jerry, Carol, Jamie and Lacey

Posted Nov 27, 2020 at 11:32am
Lots of fun memories from the years! We send out Sympathy and caring for all the family! ❤️ Prayers for all of you at this time! Love, Phil and Betty Lou Rine
Comment Share
Share via:
NH

Posted Nov 26, 2020 at 07:56am
Lee befriended me many years ago. His knowledge and expertise were of great value to me over the years. May his efforts to live a faithful live before God have now realized the worth of it all. [Rom 8:18  For I reckon that the sufferings of this present time are not worthy to be compared with the glory which shall be revealed in us].
Comment Share
Share via:
CM

Posted Nov 26, 2020 at 04:00am
May the love of God surround you and your family during this difficult time,
May you come to know that the love of God is with you always,

May your memories of Robert Lee Cross, give you peace, comfort and strength…

Posted Nov 25, 2020 at 07:28pm
We spent many vacations with them over the years before their health kept them from traveling. While we lived in Abilene, TX
during Dave’s Air Force years, Lee & Mary Jo drove down to spend time with us. At the time, gasoline was very cheap, about 10 cents/gallon so Lee liked driving a lot so he could buy more cheap gas. (There was a gas war going on at the time, but the average price of gas was 20-25 cents per gallon). They both will be dearly missed but we have many good memories of our time together.
Comment Share
Share via: 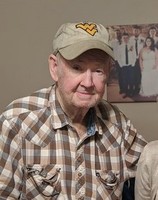 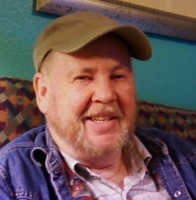