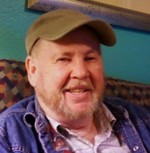 He was a retired chemical operator for Bayer, a U.S. Army veteran, loved his grandchildren and old cars and was a member of the Bridge Street Church of Christ.

In addition to his parents, he was preceded in death by his wife Mary Jo (Anderson) Cross (March 2020).

At Lee’s request private services will be held at the convenience of the family. Arrangements entrusted to Jarvis-Williams Funeral Home in Paden City.

Memorial contributions may be made, in Lee’s name, to either the Bridge Street Church of Christ, PO Box 292, New Martinsville, WV 26155 or charity of donor’s choice.