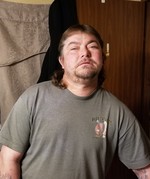 He had been a roofer, he loved hunting, fishing and riding four wheelers.

Family is asking for assistance with the funeral service. Memorial contributions may be made, in David’s name, to Jarvis-Williams Funeral Home, 309 N 4th Ave., Paden City, WV 26159.