To share your memory on the wall of Celia Johnson, sign in using one of the following options:

Celia was born October 5, 1940 in New Dale, WV; daughter of the Curtis and Goldie (Goddard) Cecil.

She was a homemaker,... Read More
Celia Johnson, 80, of Proctor, WV died Wednesday, December 30, 2020 while at Reynolds Memorial Hospital.

Celia was born October 5, 1940 in New Dale, WV; daughter of the Curtis and Goldie (Goddard) Cecil.

She was a homemaker, enjoyed quilting and spending time with her grandbabies, member of the WCEAA since 1974 working at the Grandview station and member of the Proctor Church of Christ.

In addition to her parents, she was preceded in death by her sister; Eleanor Cecil and two brothers, Melvin Cecil and Russell Cecil.

To send flowers to the family or plant a tree in memory of Celia Johnson (Cecil), please visit our Heartfelt Sympathies Store.

We encourage you to share your most beloved memories of Celia here, so that the family and other loved ones can always see it. You can upload cherished photographs, or share your favorite stories, and can even comment on those shared by others.

Cynthia Felton and Linda Siffrin sent flowers to the family of Celia Johnson (Cecil).
Show you care by sending flowers

Posted Jan 06, 2021 at 02:21am
My condolences and prayers for Joe and his family. May God comfort you all in your sorrow. I worked with Joe at Kammer Plant and I am a member at Hillview COC.
Comment Share
Share via:

Posted Jan 02, 2021 at 01:47pm
Dear Pam, Benice and family, I'm sorry to hear of your loss. May be find peace in many fond memories. Ric & Terri Chamberlain.
Comment Share
Share via:
HS

Flowers were purchased for the family of Celia Johnson. Send Flowers

Posted Jan 01, 2021 at 10:53pm
Uncle Joe, Pam, Tammy, Scott and Family.
I was so saddened to hear of Aunt Celia passing away. As far back as I can remember I always knew Aunt Celia. She was such a kind and caring lady. My heart goes out the the Family and their loss. You All Have My Deepest Sympathy.
Nancy (Johnson) Moore
Comment Share
Share via: 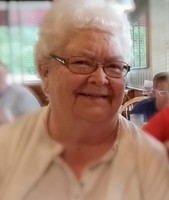 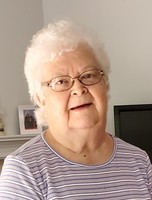