To share your memory on the wall of Gary Anderson, sign in using one of the following options:

He was a retired coal miner with Quarto No. 4 mine; stock boy for the former Witschey’s Market, avid NASCAR fan, liked racing cars on dirt tracks, enjoyed car shows especially old muscle cars and cooking. He is a graduate of Magnolia High School Class of 1970.

In addition to his parents, he was preceded in death by a brother, James Anderson.

To send flowers to the family or plant a tree in memory of Gary Lee Anderson, please visit our Heartfelt Sympathies Store.

We encourage you to share your most beloved memories of Gary here, so that the family and other loved ones can always see it. You can upload cherished photographs, or share your favorite stories, and can even comment on those shared by others.

Posted Jan 18, 2021 at 03:34pm
RIP Gary, Brooklyn will never be the same. Alot of good old memories of Kappel Street.
Prayers for the entire family
Comment Share
Share via:

Posted Jan 17, 2021 at 07:04am
Prayer's to the family! Gary was a loyal member of the Rat Pack of Brooklyn! What a Great Person RIP my dear Friend.
Comment Share
Share via:
CC

Posted Jan 14, 2021 at 09:28pm
Prayers to the family, Gary was good friend, used to spend a lot of time together with the dirt cars!
Comment Share
Share via: 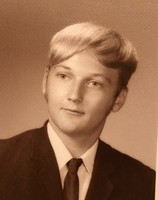