To share your memory on the wall of Matthew Henderson, sign in using one of the following options:

He was a graduate of Evansville Christian School in Indiana and an artist. He like making replicas of steamboats with Popsicle sticks and reading. Animals and children were particularly drawn to him and he was a member of the Paden City Church of the Nazarene.

Surviving in addition to his parents, are his two sisters, Melissa (Rodney) Rhea of Newburg, IN and Jennifer (Ryan) Gore of Cincinnati, OH; seven nieces and nephews, Hillary (in Heaven), Zach, Eva, Isaac, Stella, Jobe and Roman.

Private services will be held at the family’s convenience.

To send flowers to the family or plant a tree in memory of Matthew Scott Henderson, please visit our Heartfelt Sympathies Store.

We encourage you to share your most beloved memories of Matthew here, so that the family and other loved ones can always see it. You can upload cherished photographs, or share your favorite stories, and can even comment on those shared by others.

Tia and Dylan Goodman sent flowers to the family of Matthew Scott Henderson.
Show you care by sending flowers

Posted Jan 23, 2021 at 11:38am
Marilyn and Family,
We are so sorry to hear of Matt’s passing. We pray you will find comfort in your memories of Matt and in God’s love. Our thoughts and prayers are with you
Love,
Dot and Jeff
Comment Share
Share via:
M 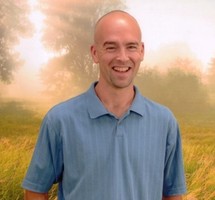