To share your memory on the wall of Mary Gaiser, sign in using one of the following options:

Print
Mary Jo Gaiser, 82, of New Martinsville, WV went to see her Savior on Monday, January 25, 2021 while in Reynolds Memorial.

She was a retired executive secretary for Consolidated Coal, she enjoyed sewing and reading and was a member of the New Martinsville United Methodist Church.

In addition to her parents, she was preceded in death by her husband, Bob Gaiser and son, Jay Gaiser.

Private services are being held at the convenience of the family with burial in Greenlawn Memorial Park.

To send flowers to the family or plant a tree in memory of Mary Jo Gaiser (Rogers), please visit our Heartfelt Sympathies Store.

The Burt, Bartholomew and Ruggles Families sent flowers to the family of Mary Jo Gaiser (Rogers).
Show you care by sending flowers

Posted Feb 01, 2021 at 01:52pm
I am very sorry for your loss. My mom (Martha Hackathorn) and Mary Jo were neighbors. My mom loved Mary Jo and enjoyed visiting with her. I am very thankful that these two ladies were neighbors and had each other as a friend and neighbor.
My thoughts and prayers are with you and your family at this most difficult time.
Lara Williams
Comment Share
Share via:
TG

Lara. Thank you and i am sorry for loss of your mother. She was a wonderful friend to maryjo
PM

Posted Jan 30, 2021 at 12:22pm
We are sorry to learn of Mary Jo's passing. She was a wonderful lady. Deepest sympathy to her family. God Bless each of you. Sincerly Pat and Margaret Wells Mahoney
Comment Share
Share via:
TF

The Burt, Bartholomew and Ruggles Families

The Burt, Bartholomew and Ruggles Families purchased flowers for the family of Mary Gaiser. Send Flowers

Posted Jan 29, 2021 at 10:41am
She cherished the good things in life and dealt with the rest with poise and dignity. We will miss her smile, her laugh, her sense of humor, but most of all her company. Rest peacefully my beautiful aunt. With all our love and admiration, Mike and Blake.
Comment Share
Share via:
LR

Posted Jan 29, 2021 at 03:51am
I was very saddened to hear of the passing of Mary Jo. My heartfelt sympathies to Jeff, Jodi, Bob, Jon and their families. She was truly a caring, concerned, and loving person to all she knew. She will be greatly missed.
Lisa (Miller) Rebmann
Comment Share
Share via: 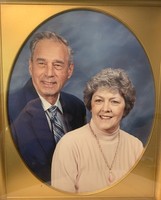