To share your memory on the wall of Donald Morris, sign in using one of the following options:

Preceded him in death, in addition to his parents, were his step-father, Harold Shook and brother, Jack Morris.

Graduated Magnolia High School in 1956, served in the U.S. Navy from 1956-1962, retired from Verizon/ Bell Atlantic after thirty-six years. Don was a lifetime member of New Martinsville Moose Lodge #931 and the Telephone Pioneers. He loved golfing with his buddies. Don enjoyed bowling and spent many days on the golf course, even shooting his age on his 76th birthday. He loved attending his children and grandchildrens sporting events.

There will be a memorial service at 1 p.m., Saturday, March 27, 2021 at the New Martinsville United Methodist Church. Honor Guard will conduct service at the church.

To send flowers to the family or plant a tree in memory of Donald Leroy "Don" Morris, please visit our Heartfelt Sympathies Store.

We encourage you to share your most beloved memories of Donald here, so that the family and other loved ones can always see it. You can upload cherished photographs, or share your favorite stories, and can even comment on those shared by others.

Posted Mar 25, 2021 at 07:29pm
Wishing you peace to bring comfort, courage to face the days ahead and loving memories to forever hold in your hearts.

Large Basket Garden was purchased for the family of Donald Morris. Send Flowers

Posted Mar 24, 2021 at 09:39pm
Sending lots of love. We are thinking about you all and wanted to do something to help honor your father. Gary, Nathalie, Andrew & Nicolas Smith

Posted Mar 24, 2021 at 09:42am
Our sincerest condolences to our FRIEND and the family! Sending our love and prayers!

Posted Mar 24, 2021 at 09:09am
Though I unfortunately never got to meet him I know how much Traci adored him! My thoughts and prayers go out to the family. May you find peace in knowing that he is now fully healed and playing golf on the most perfect of greens! God bless you all! 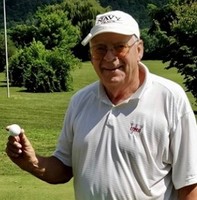