To share your memory on the wall of Levona Medcalf, sign in using one of the following options:

She was a retired teacher with Happy Kids daycare center, loved her grandkids and shopping and member of the Pine Valley Church of Christ.

In addition to her parents, she was preceded in death by two sons, Randy Richard and Michael Richard and two brothers, Johnny and Bobby Lancaster.

Friends received 11 a.m. until time of service at 1 p.m., Thursday, April 1, 2021 at the Jarvis-Williams Funeral Home in Paden City, burial to be in the Garrett Cemetery near Reader, WV.

To send flowers to the family or plant a tree in memory of Levona Jean Medcalf (Lancaster), please visit our Heartfelt Sympathies Store.

We encourage you to share your most beloved memories of Levona here, so that the family and other loved ones can always see it. You can upload cherished photographs, or share your favorite stories, and can even comment on those shared by others.

Tina and Dave, Todd long, and other have sent flowers to the family of Levona Jean Medcalf (Lancaster).
Show you care by sending flowers

Flowers were purchased for the family of Levona Medcalf. Send Flowers

Tina and Dave purchased flowers for the family of Levona Medcalf. Send Flowers

Posted Mar 29, 2021 at 10:48am
Please accept our most heartfelt sympathies for your loss... Our thoughts are with you and your family during this difficult time.

Flowers were purchased for the family of Levona Medcalf. Send Flowers

With Love, The Stout Family

With Love, The Stout Family purchased flowers for the family of Levona Medcalf. Send Flowers 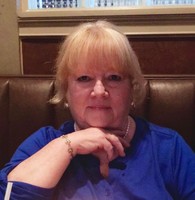