To share your memory on the wall of Robert Stillwagoner, sign in using one of the following options:

Bob was proud retiree of the former Ormet Corp. He loved to work with his hands and took pride in his work ethic. Bob has been the groundskeeper for PPG/Westlake Park for many years. He loved mowing, wood working and tinkering in his garage. Bob was a member of the Magnolia Lodge No. 42 IOOF, past Grand Master for the IOOF and past Grand Patriarch of the Patriarch Militant and loved his time as a member. He was also a member of the Proctor Christian Church, where he served as an Elder and Trustee. He was a member of New Martinsville Moose Lodge No. 931. No matter where he went, whether it be ACE Hardware or the grocery store, many people knew and loved Bob.

Bob built a foundation of love for his family that keeps them close and connected, no matter where they may go. Though Bob’s time here on earth may have come to an end, his legacy will forever live on in those that loved him dearly.

Memorial contributions may be made, in Bob’s name, to the Proctor Christian Church, 4004 Proctor Creek Road, Proctor, WV 26055.
Read Less

To send flowers to the family or plant a tree in memory of Robert Lynn "Bob" Stillwagoner, please visit our Heartfelt Sympathies Store.

Todd, Terri, and Asia Keller, John vandruff, and other have sent flowers to the family of Robert Lynn "Bob" Stillwagoner.
Show you care by sending flowers

Posted Apr 04, 2021 at 03:52pm
So sorry to hear about Bob's passing. Spent many hours talking to him about Odd Fellowship, Ormet, and him growing up on the farm. I will miss seeing him on Friday nights in Wheeling. My heart goes out to Mary Ellen and the rest of the family.
Jeremiah Beaver
Comment Share
Share via:
TK

Posted Apr 04, 2021 at 08:31am
So sorry Bob's earthly walk has ended. I'm sure his life work here has touched so many. I pray God gives you
strength and wisdom through this time. In Friendship, Love, and Truth, Urma Morgan, PPRAWV.

Flowers were purchased for the family of Robert Stillwagoner. Send Flowers

Posted Apr 03, 2021 at 12:20pm
Bob and my dad, Gordon "Red" Belcher rode to Ormet together for years. Bob always fixed our mowers after Dad would "tune" up the carburetor. Bob would always tell me not to let Dad ever touch the mower again. Always had a kind word. RIP Bob.
Comment Share
Share via: 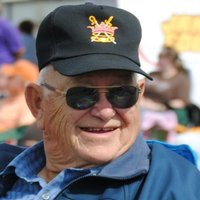