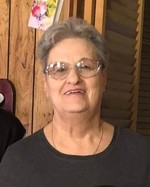 Ella was born October 10, 1945 in Steubenville, OH; daughter of the late Hiley and Eliza (Hurst) Bee.

She was a homemaker and attended the Paden City Church of the Nazarene.

In addition to her parents, she was preceded in death by her husband, William Sole; siblings, Leroy Daniel Bee, Sr., Richard Lee Bee and Deloris Lancaster.

Friends received 3-5 p.m., Thursday, April 8, 2021 at the Jarvis-Williams Funeral Home in Paden City, where funeral service will be held 2 p.m., Friday, April 9, 2021 with burial to follow in Paden Memorial Gardens.

Memorial contributions may be made, in Ella’s name, to the Paden City Park.