To share your memory on the wall of Kimberly Fox, sign in using one of the following options:

Kimberly was born October 11, 1964 in New Martinsville, WV; daughter of A. Neil and Rose (Tenley) Fox.

Kimberly was born October 11, 1964 in New Martinsville, WV; daughter of A. Neil and Rose (Tenley) Fox.

She graduated from Paden City High School, enjoyed watching her soap operas, working puzzles and a Protestant by faith.

At Kimberly’s request there will be no services. Burial to be held at the convenience of the family in Paden Memorial Gardens.

To send flowers to the family or plant a tree in memory of Kimberly Jo Fox, please visit our Heartfelt Sympathies Store.

We encourage you to share your most beloved memories of Kimberly here, so that the family and other loved ones can always see it. You can upload cherished photographs, or share your favorite stories, and can even comment on those shared by others.

Posted Apr 14, 2021 at 10:53pm
Gone but never forgotten...Thank You for the precious memories I will always carry in my heart...a world of love goes with you.

Posted Apr 14, 2021 at 07:33pm
Sure did love my Kimmy and will miss her terribly, she had such a beautiful soul inside and out and always a beautiful smile. RIP dear friend. Love Michael.
Comment Share
Share via:
JK

SO SO SORRY TO HEAR ABOUT KIM 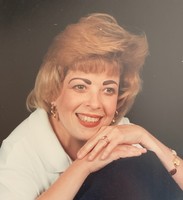