To share your memory on the wall of Robert Ritchea, sign in using one of the following options:

He was a retired welder in the Rod Room at the former Ormet Corp. with thirty-six years, a veteran serving in the Army Reserve, and loved being outside where he could go hunting, fishing and gardening. He was a member of the Paden City Eagles Club.

Memorial contributions may be made, in Bob’s name, to the National Kidney Foundation, 2403 Sidney St #230, Pittsburgh, PA 15203.
Read Less

To send flowers to the family or plant a tree in memory of Robert Carl "RC" Ritchea, please visit our Heartfelt Sympathies Store.

Posted May 26, 2021 at 05:01am
Please accept our most heartfelt sympathies for your lossour thoughts are with you and your family during this difficult time.

Radel, Shift 1 and 3 purchased flowers for the family of Robert Ritchea. Send Flowers

Posted May 25, 2021 at 05:31am
May the love of God surround you and your family during this difficult time,
May you come to know that the love of God is with you always,

May your memories of Robert Carl Ritchea, give you peace, comfort and strength…

Posted May 24, 2021 at 10:48pm
Aunt Mary, Diane and Roger, So sorry for your loss. Uncle Bob will be missed. Love, Sharla and John Chapman and family

Medium Dish Garden was purchased for the family of Robert Ritchea. Send Flowers 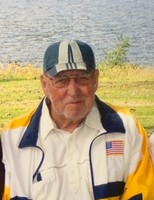