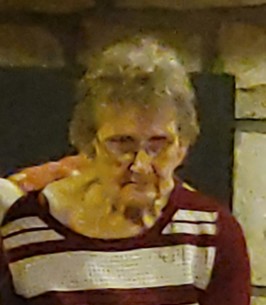 Phylis was born November 4, 1938 in Littleton, WV, daughter of the late Harold R. and Nora I. (Crane) Kirkpatrick.

She was a retired secretary for the Tyler County Board of Education, member of Order of Eastern Star – Martha Washington Chapter #22, Women’s Club of Paden City, enjoyed reading and watching Jeopardy every night and a member of St. Paul United Methodist Church in Paden City.

In addition to her parents, she was preceded in death by her husband, Paul M. Lavelle.

Friends received 2-4 and 6-8 p.m., Monday, February 28, 2022 at the Jarvis-Williams Funeral Home in Paden City where services will be held 2 p.m., Tuesday, March 1, 2022 with burial to follow at Paden Memorial Gardens in Paden City.