We're sorry but the candle you have selected is currenty in the process of being purchased or has just recently been purchased.

Please feel free to select another candle or check back in 15 minutes to see if the candle you have selected has been released for purchase.

We're sorry but there are no candles available for lighting.

You have already begun a candle purchase session. If you would like to continue with your current candle choice please click "Continue" otherwise please click "Select Another".

In Memory of
Charles Erwin "Charlie"
Virden
1945 - 2017
Click above to light a memorial candle.

The lighting of a Memorial Candle not only provides a gesture of sympathy and support to the immediate family during their time of need but also provides the gift of extending the Book of Memories for future generations.

In the event that there is an error
in the information presented,
please contact the funeral
home by clicking here. 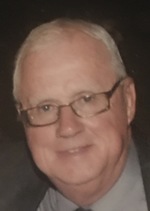 Charles Erwin Virden passed away on November 4th at Ruby Memorial Hospital, Morgantown, WV surrounded by family and dear friends after a brief, hard fought battle with leukemia. He was born in New Martinsville on March 21, 1945 to Elmer Lee and Orpha Mae ( Haught) Virden. He retired from Bayer Corporation in 2001. He was an United States Army Veteran and served in the Viet Nam War. He was a member of the First Christian Church Disciples of Christ in New Martinsville, WV.

He is survived by his loving wife of 50 years, Mary Kay (Meeks) Virden, daughters, Mendy Virden, Marla Salisbury ( Kevin) and grandsons Alex and Joshua, all of Morgantown, WV. He is also survived by his brother, Ronald Virden (Susan) of Schecksville, PA and sisters, Delores Batson (Jim), Carolyn Davis of Paden City, and Marilyn Cotter, New Martinsville, WV, Sister-in-law, Lydia Virden of New Martinsville, WV, George Meeks (Marjorie) , Paden City, WV and Sue Ann Meeks of St Mary's , WV, many loving nieces and nephews. In addition to his parents, he was preceded by his brother, Donald Virden, brother-in-laws, Tom Davis and Harry Meeks. Charles was a truly great man that was taken too soon and will be forever missed by his family. He possessed great traits that we should all strive to be like. He was Commander of the Paden City Legion and a member of the Sistersville VFW and their Honor Guard.

Visitation will be 2-8 p.m., Monday, November 6th at Jarvis-Williams Funeral Home in New Martinsville, WV. Funeral service will be held at the First Christian Church in New Martinsville, WV at 2:00 pm on Tuesday, November 7th. Interment will be at Paden Memorial Gardens in Paden City, WV. Full military honors will be given. His family would like to thank Dr. Nilay Shah and the wonderful nurses at the bone marrow transplant unit at Ruby Memorial Hospital.

Memorial Contributions may be made to the First Christian Church, New Martinsville, WV

To send flowers to the family or plant a tree in memory of Charles Erwin "Charlie" Virden, please visit our Heartfelt Sympathies Store.

This Book of Memories brings those affected by loss together by encouraging communication and self-expression. By giving friends and family a special place to tell their stories and express their feelings of loss, it helps them care for one another during a very difficult time. Click on any of the links to the right to access features or information within this memorial website.