To share your memory on the wall of Robert Grimm, sign in using one of the following options:

Provide comfort for the family of Robert Grimm with a meaningful gesture of sympathy.

He enjoyed cooking, fishing, camping and hunting and a member of the Church of Christ.

Posted Sep 05, 2019 at 04:54pm
Please accept our most heartfelt sympathies for your loss, our thoughts are with you and your family during this difficult time.

Love the McMillan's purchased the Sweet Tranquility Basket for the family of Robert Grimm.

With Love and Prayers, The Orrick Family

Posted Sep 04, 2019 at 07:59pm
Robbie will remain in our hearts forever. May you find peace and comfort during this difficult time.

With Love and Prayers, The Orrick Family purchased flowers for the family of Robert Grimm.

Medium Dish Garden was purchased for the family of Robert Grimm.

Jerelyn Jones purchased the Sweet Tranquility Basket for the family of Robert Grimm. 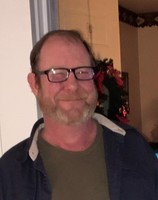