To share your memory on the wall of George Beegle, sign in using one of the following options:

George was born February 22, 1939 in New Martinsville, WV; son of the late Russell A. and Myrtle (Eastham) Beegle.

George was born February 22, 1939 in New Martinsville, WV; son of the late Russell A. and Myrtle (Eastham) Beegle.

He was a retired turnout boy for the former Viking Glass Co., loved tinkering with anything and everything – enjoyed working, loved his family, friends and neighbors and a Protestant by faith. He had a smile for everybody.

In addition to his parents, he was preceded in death by his brother, David Leroy Beegle.

At George’s request private graveside services will be held at the convenience of the family in Northview Cemetery in New Martinsville, WV.

We encourage you to share your most beloved memories of George here, so that the family and other loved ones can always see it. You can upload cherished photographs, or share your favorite stories, and can even comment on those shared by others.

Posted Jan 24, 2020 at 07:12pm
Cindy, sorry to read of your Dad's passing. Please know that God will send his Comforter to you and your family.
Jeryl
Comment Share
Share via:
GC

Posted Jan 23, 2020 at 07:16pm
My deepest sympathy to the family,had alot of fun times working together at the Factory(Dalzell Viking)Me and George..really going to miss Him
Comment Share
Share via:

Posted Jan 23, 2020 at 03:13pm
So very sorry to hear this Norma Jean and everyone. Loved him and sending love and prayers to all
Comment Share
Share via: 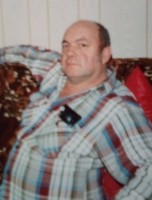