To share your memory on the wall of Sharon Knowlton, sign in using one of the following options:

Print
Sharon Kay Anderson Knowlton, 76, of Paden City, WV went to be with her Savior Thursday, April 8, 2021 while at Genesis New Martinsville.

Born in New Martinsville, WV on December 26, 1944 to the late Harvey E. and Nellie (Copenhaver) And... Read More
Sharon Kay Anderson Knowlton, 76, of Paden City, WV went to be with her Savior Thursday, April 8, 2021 while at Genesis New Martinsville.

Born in New Martinsville, WV on December 26, 1944 to the late Harvey E. and Nellie (Copenhaver) Anderson.

Devoted wife to Bruce D. “Dan” Knowlton. They celebrated over fifty-three years of wedded bliss together, after only being engaged for two and a half weeks from the time they first laid eyes on each other. He was in the Air Force in Clovis, NM and she ran Joan’s Beauty Shop in Paden City. After being engaged he went back to his duty station in New Mexico and they didn’t see each other again until September 1967 and they got married on September 29, 1967 and spent the next fifty-three years devoted to each other. The truly enjoyed each other’s company. Up until recent years they enjoyed camping in their motorhome.

In addition to her parents, she was preceded in death by her brother, John H. Anderson; sister, Mary Jo Anderson Cross and brother-in-law, Lee Cross.

Besides her husband she is survived by her sister-in-law, Martha Cunningham Anderson; niece, Susan (Jeff) Cross Stackpole; nephew, Mike (Nikki) Anderson, David (Susan) Anderson and great nieces and nephews; cousin, Bonnie (Michael) Zelic who has been a big help to Sharon and Dan during these difficult times.

Friends will be received noon – 5 p.m., Sunday, April 11, 2021 at the Jarvis-Williams Funeral Home in Paden City where service will be held 1 p.m., Monday, April 12, 2021 with Paolo DiLuca officiating. Burial to follow in Northview Cemetery in New Martinsville, WV.

Memorial contributions may be made, in Sharon’s name, to the Bridge Street Church of Christ, 1139 South Bridge Street, New Martinsville, WV 26155.
Read Less

To send flowers to the family or plant a tree in memory of Sharon Kay Knowlton (Anderson), please visit our Heartfelt Sympathies Store.

We encourage you to share your most beloved memories of Sharon here, so that the family and other loved ones can always see it. You can upload cherished photographs, or share your favorite stories, and can even comment on those shared by others.

Flowers were purchased for the family of Sharon Knowlton. Send Flowers

Posted Apr 10, 2021 at 08:46am
Brother Dan, sorry for your loss. May you feel the strength of God now and in the coming days. Your friend and co worker,
Curt Lindner
Comment Share
Share via:
P

Posted Apr 10, 2021 at 08:34am
Remembering Sharon and our growing up years along with the adult years being members of the church! Sending our Sympathy at this time and praying for comfort for Dan and being able to go on in his Christian walk. Love from Phil and Betty Lou Rine
Comment Share
Share via:
LT

Posted Apr 09, 2021 at 09:46pm
May you rest easy in the arms of Jesus Dear Friend.. Sending love and prayers in this most difficult time. 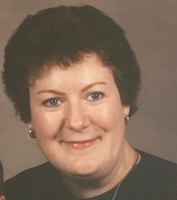