To share your memory on the wall of Terry Kiggans, sign in using one of the following options:

He was a retired accountant for Mobay, a U.S. Navy veteran, graduate of Pine Grove High School, attended WVU and completed at Wheeling Jesuit, member of New Martinsville Moose Lodge #931 and of the American Legion Post 86 Paden City, volunteer for the Wetzel County Animal Shelter and Open Door Ministries, received Volunteer of the Year award, enjoyed motorcycles, airplanes and WVU sports, was quite the jokester and member of New Martinsville United Methodist Church.

To send flowers to the family or plant a tree in memory of Terry Ray Kiggans, please visit our Heartfelt Sympathies Store.

We encourage you to share your most beloved memories of Terry here, so that the family and other loved ones can always see it. You can upload cherished photographs, or share your favorite stories, and can even comment on those shared by others.

The Bowman Family and Drs. Abraham, Gill, Rosen and Staff sent flowers to the family of Terry Ray Kiggans.
Show you care by sending flowers

Posted Jul 10, 2019 at 06:05am
Terry has been a friend of mind since childhood. We grew up playing sports and exploring in the woods with my brother Garry, Lew Mott, Don Stackpole, and others in the '40s. He was always leading the way. After high school Terry, Bill Glover, David Beckett, and I lived in the same home in Morgantown while attending WVU. We had a great time there, and the highlight was the Christmas tree adventure in 1957. I will leave that for Dave to tell you the story. He was a true friend...…
Jack A Beckett, Class of 1954, jjack99@aol.com
Comment Share
Share via:
S

Posted Jul 07, 2019 at 08:23pm
Deb and Scot are our guides through the woods, they are very much so loved by the hiking group. A few of us have had the pleasure of meeting Terry. He joined us on a hike to Stone Mountain, where he got to admired the bluff, visit a homestead, and dine on a delicious steak and red potatoes lunch. All of us send our love to Terry's family.
Comment Share
Share via:
BW

Posted Jul 06, 2019 at 10:29am
So saddened to hear about Terry. May he RIP and may God comfort his family. Our Deepest Sympathy. Beverly & Mark Wilson
Comment Share
Share via:
TF

The Bowman Family purchased flowers for the family of Terry Kiggans. Send Flowers

Posted Jul 05, 2019 at 06:45am
Please accept our most heartfelt sympathies for your loss... Our thoughts are with you and your family during this difficult time. 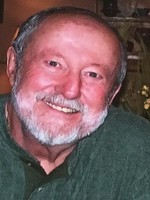