To share your memory on the wall of Regina Robinson, sign in using one of the following options:

She was preceded in death by her husband, Bill Robinson.

Friends received noon until time of service at 3 p.m., Sunday, February 9, 2020 at the Jarvis-Williams Funeral Home, 1224 S Bridge St., New Martinsville, WV. A Nightingale service will be conducted as part of the funeral.

To send flowers to the family or plant a tree in memory of Regina Diane Robinson, please visit our Heartfelt Sympathies Store.

We encourage you to share your most beloved memories of Regina here, so that the family and other loved ones can always see it. You can upload cherished photographs, or share your favorite stories, and can even comment on those shared by others.

Steve & Marge Knight, The Viessman Family, and other have sent flowers to the family of Regina Diane Robinson.
Show you care by sending flowers

Posted Feb 08, 2020 at 10:12am
Wishing you peace to bring comfort, courage to face the days ahead and loving memories to forever hold in your hearts.

The Viessman Family purchased the Love Everlasting Bouquet and planted a memorial tree for the family of Regina Robinson. Send Flowers

The Nosbushs and Carvalho purchased the Rose Romanesque and planted a memorial tree for the family of Regina Robinson. Send Flowers

Posted Feb 08, 2020 at 08:08am
I am saddened to read about the passing of Regina. I worked with her at Wetzel County Hospital for many years. She was a wonderful and caring nurse and person. She will be missed. My thoughts and prayers to her family. 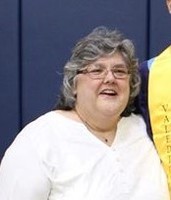