To share your memory on the wall of James Allen, sign in using one of the following options:

The family is asking for help with the funeral cost. Donations may be made, Jim’s name, to Jarvis-Williams Funeral Home, 309 N 4th Ave., Paden City, WV 26159.
Read Less

To send flowers to the family or plant a tree in memory of James Richard Allen, please visit our Heartfelt Sympathies Store.

We encourage you to share your most beloved memories of James here, so that the family and other loved ones can always see it. You can upload cherished photographs, or share your favorite stories, and can even comment on those shared by others.

Posted Mar 11, 2020 at 12:10am
Just another classmate of Jimmy's checking in. Frontier Class of 1971. Yes, he had a great sense of humor and was so kind to everyone. Missed by many I'm sure. Sympathys from Susan Henning Smith
Comment Share
Share via:
HS

Flowers were purchased for the family of James Allen. Send Flowers

Posted Mar 08, 2020 at 11:02am
Went through school with Jimmy. He was so nice to me, and had a funny sense of humor. The world lost an angel. Hugs to his family and friends.
Patricia Hill FHS 1971...
Comment Share
Share via:
MH

Posted Mar 07, 2020 at 05:26pm
I always liked Jim such a nice man. Always mostly happy, and driving around singing his songs. Had talked to him last year, it was do good to see him. RIP Jim. You will be missed.
Comment Share
Share via: 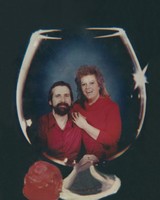