To share your memory on the wall of Lenard Melvin Billiter, sign in using one of the following options:

He was the founder and operator of Dependable Cleaning Service since 1980, a U.S. Navy veteran, enjoyed being in business and earning money, traveling and eating out and attended the Living Water Baptist Church in Sardis, OH.

In addition to his parents, he was preceded in death by the love of his life, Loretta (Fitzsimmons) Billiter (2014).


Due to the Corona Virus a graveside service will be held 2 p.m., Thursday, April 9, 2020 at Greenlawn Memorial Park in New Martinsville. Arrangements entrusted to the Jarvis-Williams Funeral Home in Paden City.

To send flowers to the family or plant a tree in memory of Lenard Melvin Billiter, please visit our Heartfelt Sympathies Store.

We encourage you to share your most beloved memories of Lenard Melvin here, so that the family and other loved ones can always see it. You can upload cherished photographs, or share your favorite stories, and can even comment on those shared by others.

Posted Apr 06, 2020 at 05:12pm
Francis, Jimmy, and family, very sorry to hear about Melvin "Melv" passing. Melv could always make you laugh, and was a fun guy to hang around with. Hope you all get through this sad time.
Comment Share
Share via:
NH

Posted Apr 06, 2020 at 12:46pm
Jimmy and Connie,
Jerry and I wish to pass our condolences to the family and friends of Melvin. He always seemed to have a smile on his face. Praying for peace and comfort for his loved ones.
Sincerely, Nancy and Jerry Haught
Comment Share
Share via:
CM

Posted Apr 05, 2020 at 03:38am
May the love of God surround you and your family during this difficult time,
May you come to know that the love of God is with you always,

May your memories of Lenard Melvin Billiter, give you peace, comfort and strength…

Posted Apr 04, 2020 at 09:49pm
While I haven’t seen Melvin since high school, he was a kind and caring friend. He could be a bit “ornery”, which was a quality to appreciate. i smile thinking about him. My condolences go out to his family and I pray that you find comfort in your memories.
Comment Share
Share via: 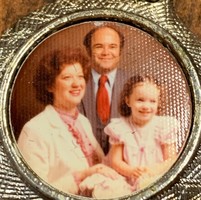