To share your memory on the wall of Wilda Paden, sign in using one of the following options:

Print
Wilda Mae Paden, 89, of Paden City, WV passed from this life on Saturday, April 3, 2021 while at Wetzel County Hospital.

Wilda was born October 30, 1931 in Woodsfield, OH; daughter of the late Harry and Mary (Thomas) Bright.

Wilda was born October 30, 1931 in Woodsfield, OH; daughter of the late Harry and Mary (Thomas) Bright.

She was a homemaker, enjoyed quilting, sewing and gardening and was a Protestant by faith.

To send flowers to the family or plant a tree in memory of Wilda Mae Paden (Bright), please visit our Heartfelt Sympathies Store.

We encourage you to share your most beloved memories of Wilda here, so that the family and other loved ones can always see it. You can upload cherished photographs, or share your favorite stories, and can even comment on those shared by others.

Posted Apr 06, 2021 at 11:39am
I worked with Dorothy back in the 80’s at the IGA. I remember her talking about her moms good cooking. Especially how to make gravy. So sorry for your loss 💕
Comment Share
Share via:
T

Posted Apr 06, 2021 at 06:34am
Love Drew, Emmylou and Wyatt. I will never forget all the times I got to stay the night at your house, walking to school and chasing cows. Love you. 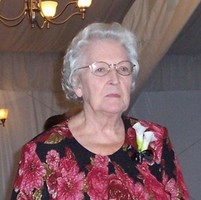